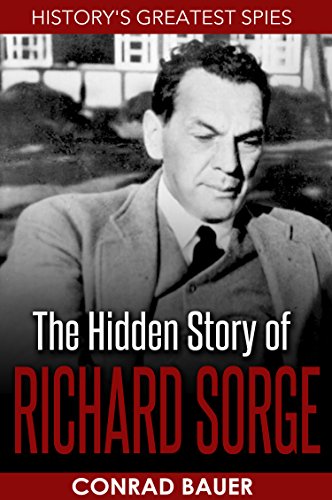 Richard Sorge was the greatest spy that the world has ever known.
Read his story and find out how his spy work changed the course of history.

It can be easy to think of spies just as we see them in the movies. All of the high speed car chases, the witty one liners, and the femme fatales feed into a common conception of an international man of mystery. But real spy work is different. Real spy work is, ultimately, human. It is conducted by flawed men, exploiting the fear and ambition of similarly damaged individuals. At the end, the credits do not roll. Spies are far likelier to find themselves caught and executed in a foreign land than they are to drive off into the sunset with a new paramour on their arm. Real spies are real people and they are in real danger at all times.

Even if the popular conception of a spy might be fundamentally flawed, it does not mean that the actual equivalents are not just as exciting. The intelligence gathered can have world changing significance and can save – or threaten – millions of lives. Of all the spies that ever lived, the greatest is a man named Richard Sorge. As the Soviet Union’s best intelligence officer, he went deep undercover as a Nazi in Imperial Japan. The information he gathered had a real impact on the course of human history. The true story of his life is, in the classic sense, stranger than fiction.

In this book, we will explore key events from the life of history’s greatest spy. We will learn how he gathered intelligence, turned informants to his will, and fooled everyone with whom he fell into contact. But we will also learn of his flaws, his tragedies, and his final demise. If you would like to learn what it takes to become a real spy, read on and discover just how high the bar has been set.

Scroll back up and grab your copy now