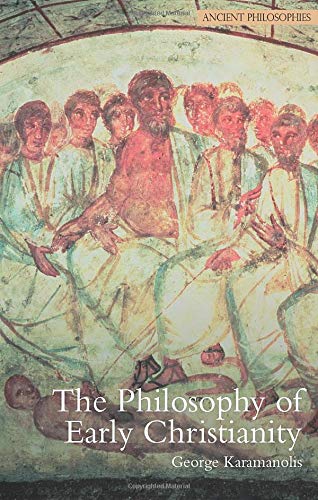 Críticas ""Overall, the book is a sound comprehensive introduction to the field of early Christian philosophy. The author allows primary sources to speak for themselves as a general rule. However, his references to modern scholarship are relevant and current. This book would be an ideal textbook for an undergraduate course on Christian philosophy."" -- Justin Rogers, Bryn Mawr Classical Review, 2014.04.51 Reseña del editor George Karamanolis shows that early Christian thinkers, following the example of classical philosophy, developed a highly sophisticated method of philosophical thinking by means of which they constructed some of the most fundamental doctrines of Christianity. The book examines the character of early Christian philosophy and goes on to place the development of this philosophy in its cultural and historical context. The core of the book deals thematically with the central philosophical concerns of early Christian thinkers and counters current scholarly opinion that posits that Christianity was unable to accommodate philosophical reasoning. Ver Descripción del producto