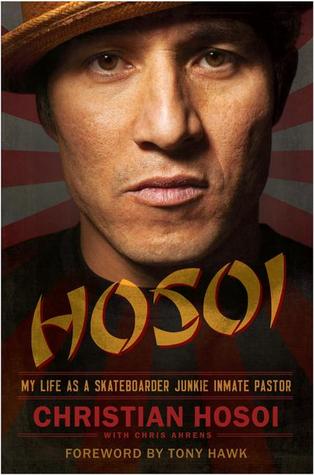 A mix of Tony Hawk and Brian Welch comes together in skateboarding legend Christian Hosoi, who reveals everything about his rise, fall, and redemption, in this amazing tell-all—from being named the greatest skater of all time to bottoming out on drugs to finally finding redemption through God.

Fans of Slater Kelly’s Pipe Dreams and Brian Welch’s Save Me From Myself, and followers of Tony Alva, Jay Adams, and Steve Caballero, will be captivated by this extraordinary, star-studded story, a gripping read that ranges from the heart of the 1980s skateboarding scene to the inside of a prison, from Hollywood parties to intense prayer sessions.

Hosoi: My Life as a Skateboarder Junkie Inmate Pastor takes readers to the heart of one little-known world after another—and he portrays them in all their gore and glory for all the world to see.